Photo: The 2016 American University of Armenia School of Health Faculty

An Interview with Dr. Haroutune Armenian: A Public Health Leader in the U.S. and Abroad

A 1971 Commonwealth Fund fellowship brought Haroutune Armenian, M.D., Dr.P.H., now at the University of California, Los Angeles, from the American University in Beirut (AUB) to the Johns Hopkins School of Hygiene and Public Health in Baltimore. We interviewed him about his fascinating and long career in academia and government in the U.S., Lebanon, and Armenia, among other countries.

Why did you decide to pursue public health?

ARMENIAN: I had decided from year one in medical school in 1964 to embark on a career in public health, and later on, in epidemiology. And this was unusual for medical students at the time. Having no recent role model, it was sort of an adventure. I did a full residency in internal medicine at AUB in case a public health career didn’t work.

What did you first do with your degree?

ARMENIAN: I did my doctorate in epidemiology at Johns Hopkins funded by a faculty exchange program that was supported by the Commonwealth Fund. Upon our return to Beirut in 1974, and within a year, the civil war started. There was so much uncertainty at AUB in those days, that we moved to Bahrain with other colleagues of the School of Public Health to reorganize their Ministry of Health. During those two years I spent in Bahrain, I learned as much as I had learned from Hopkins in terms of real public health and development issues as well as program development.

What kind of programs did you set up through the Bahrain ministry of health?

ARMENIAN: I was in charge of developing 16 primary care health centers in Bahrain that offer free care. We were in charge of all the systems and training in those health centers. And that led to developing the first family medicine residency program in the Middle East. Our office was also in charge of health services research and the development of a quality assurance program for the health services. Later, Qatar asked us to develop a primary care program for them, as well.

You later worked in Beirut, helping to assess the health needs of the population in the absence of a functioning government agency. Can you describe that experience?

ARMENIAN: After two-and-a-half years in Bahrain, we returned to Beirut to the university, and within three years I took over the deanship of the Faculty of Health Sciences of the AUB. With the continuing war situation, we soon found ourselves in the middle of the siege of West Beirut in the summer of 1982.

All the humanitarian aid agencies wanted to do something for the population under siege but nobody knew what was happening with regards to health. With initial help from the International Committee of the Red Cross and with financial support from the USAID [the U.S. Agency for International Development], we set up a program of surveillance and monitoring of the health conditions in the city under siege. About 40 of our students and faculty were engaged in this project.

We were interested in nutrition and mental health, as well as monitoring infectious diseases. We had something like 3,000 families, which were interviewed in refugee camps, in the schools where they had taken refuge, or in their own apartments. The AUB Faculty of Health Sciences became basically the public health authority under those circumstances, providing international donor agencies the proper intelligence and expertise in public health. 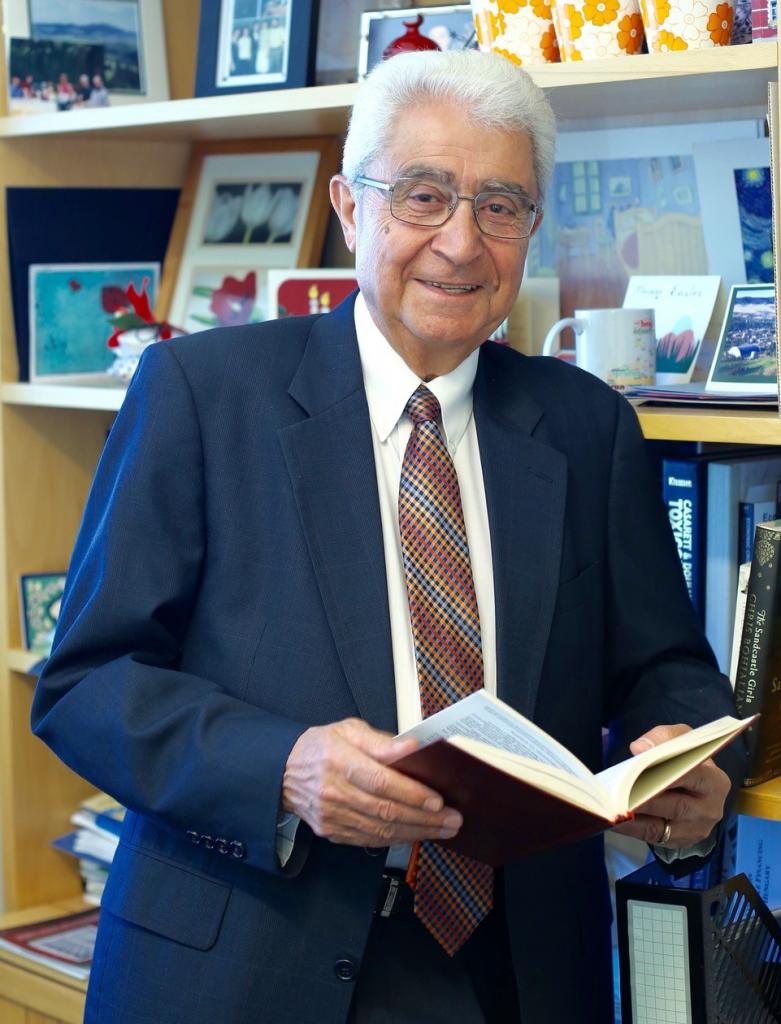 That’s remarkable. And how did you become involved in disaster relief and follow-up after the Armenian earthquake?

ARMENIAN: In 1986, the situation in Lebanon became so confused — like it is currently in Syria — and with our children growing up, my wife, Sona, and I thought that we needed to be more concerned about their future. So I returned to Hopkins as a professor. Then in ’88, an earthquake hit Northern Armenia with 25,000 people killed. I went to Armenia with a humanitarian aid group within a month of the earthquake. Although I am of Armenian origin, I’d never been to Armenia.

Everybody from all around the world was engaged in the humanitarian aid because this was the first time that the Soviet Union had opened up its borders for help during a disaster. But no one was conducting any assessments of the effect of the earthquake on health conditions of the population. With colleagues from the Ministry of Health of Armenia and with funding from the Armenian Relief Society of the USA, we started an epidemiological study of the factors leading to injuries, deaths, and long-term physical and mental morbidity during and following the earthquake. We have been following up this large cohort of earthquake survivors for more than 25 years, now with one of my Ph.D. students from Armenia at UCLA.

Why did you decide to join the American University of Armenia (AUA)?

ARMENIAN: On the day Armenia declared its independence from the Soviet Union, the American University of Armenia accepted its first students. The university later asked me to act as a dean, of a new College of Health Sciences. In 1997, I was selected as the second president of the AUA and held that position for 14 years.

And you are still active in the AUA’s rural development program?

ARMENIAN: Yes, and in recent years I came to realize that we needed to develop a model of quality health practices that offered accessible, affordable health care in rural areas. Over the last year, we have started to provide two things to physicians working in the rural areas and those who want to move to rural areas: guidance on how to prepare a business plan, with a low-interest loan for successful candidates, and coaching on how to develop a plan for monitoring quality of care within a practice. We now have our first eight clinics, including those that provide family practice, diagnostic facilities, and basic specialist care.

ARMENIAN: About a year after my maternal grandmother, a teacher, married my grandfather, they were deported. They were walking through the Syrian desert from Turkey. She had a baby in her arms crying for food continuously. She was so desperate that at one point, she saw this shrub with some shade underneath and she decided that she didn’t want to see her baby die in her arms. So she put the baby under the shrub and walked away. Then within minutes she turned back and picked her up. That was my mother. Somehow, they survived. And similarly, my father’s family had to escape to a Greek village in the mountains. My parents met through family in Damascus, where my father had his own business. We owe a lot to my parents’ generation, who were able to rebuild a nation from the ashes, with a strong presence in the diaspora as well as in Armenia.

The support the Commonwealth Fund and other U.S. organizations provided to the survivors of the Armenian Genocide at a very critical juncture had a major impact on the rebuilding of that nation. It also facilitated the son of one of those survivor couples to come to Johns Hopkins with support from a Commonwealth Fund fellowship and do his doctorate in epidemiology some 52 years later.