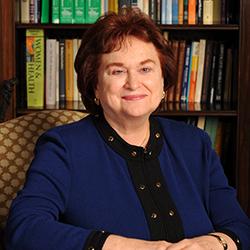 As its president from 1995 through 2012, Karen Davis led the Commonwealth Fund in its drive to improve the performance of the nation’s health care system. Under her leadership, the foundation contributed independent analysis to inform the development of the Affordable Care Act; helped identify, assess, and spread health delivery system innovations; created comparative databases to improve performance; invested in minority physician-leaders committed to serving vulnerable populations; and brought international performance comparisons to bear on the U.S. health reform debate.

Earlier in her career, Davis was a visiting lecturer at Harvard University, a senior fellow at the Brookings Institution, and deputy assistant secretary for planning and evaluation of the U.S. Department of Health and Human Services. In 1980, she became the first woman to head a U.S. Public Health Service agency when she became the administrator of the Health Resources and Services Administration. She later chaired the Department of Health Policy and Management at the Johns Hopkins University School of Public Health. She joined the Commonwealth Fund as executive vice president in 1992.

Throughout her career, Davis served on numerous health care panels and committees, including the Congressional Budget Office Health Advisory Panel and committees of the Institute of Medicine (today the National Academy of Medicine). Her many honors include the Baxter Health Services Research Award, the AcademyHealth Distinguished Investigator Award, the Picker Award for Excellence in the Advancement of Patient Centered Care, and the Institute of Medicine Adam Yarmolinsky Medal. Davis was a member of the board of directors of Geisinger Health System, a member of the Kaiser Commission on Medicaid and the Uninsured, and an AcademyHealth distinguished fellow. She was elected a fellow of the American Academy of Arts and Sciences in 2009 and an honorary fellow of the Royal College of Physicians in the United Kingdom in 2011.